Through its museum and programs, the Sarah and Chaim Neuberger Holocaust Education Centre generates knowledge and understanding about the Holocaust and serves as a forum for dialogue about civil society for present and future generations. 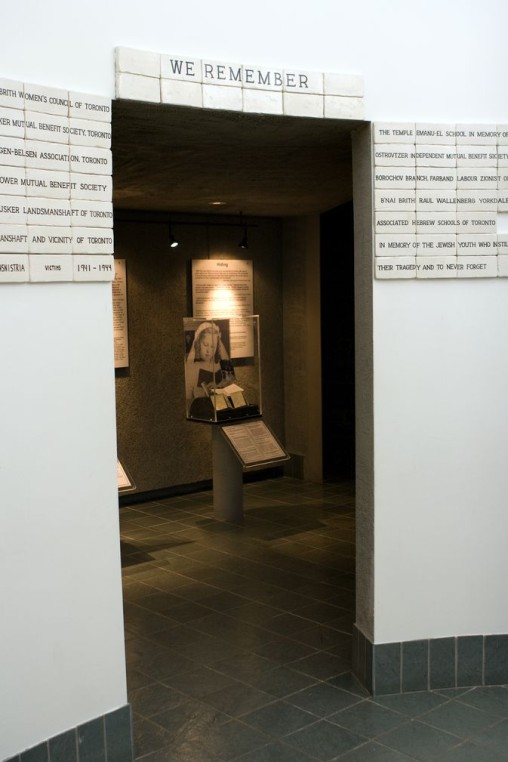 The Neuberger reaches 20,000 students annually through school visits to the museum and education programs, and an additional 30,000 members of the general community through its signature program, Holocaust Education Week. Cited by scholars as one of the most comprehensive vehicles for Holocaust education and remembrance in the world, it has been recognized as a “Best Practice” in the field by the International Holocaust Remembrance Alliance (IHRA). Year-round programming - such as International Holocaust Remembrance Day, Raoul Wallenberg Day, and Yom Hashoah - demonstrates the Centre’s commitment to dynamic and meaningful programming across the GTA. 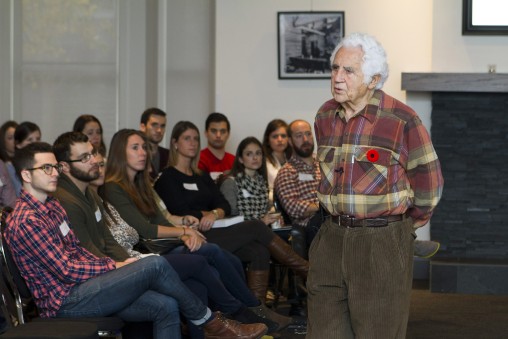 Click here to learn about our dedicated survivor speakers.

Read about our Centre's patrons, Sarah & Chaim Neuberger, and those who have contributed to the Neuberger who have since passed away.

The Centre is led by Chair, Glennie Lindenberg, dedicated volunteers, and by the staff (see below). 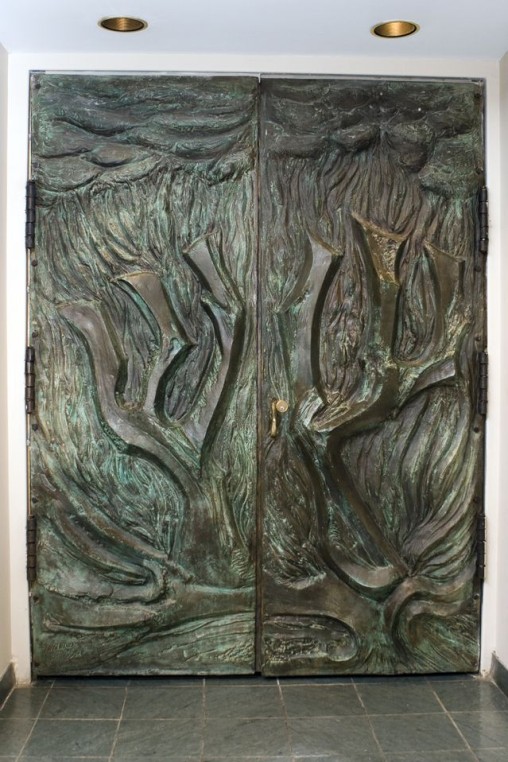 The Sarah and Chaim Neuberger Holocaust Education Centre was officially opened on September 22, 1985 as the Holocaust Centre of Toronto and grew out of the commemorative activities of the Holocaust Remembrance Committee of the Toronto Jewish Congress, a forerunner to the present UJA Federation of Greater Toronto (UJA Federation). The Centre is an entity of UJA Federation and receives an annual allocation from the Federation. We are also supported through contributions from individuals, corporations, government and public and private foundations. 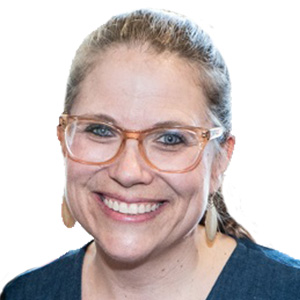 Dara Solomon is the Director of UJA Federation’s Ontario Jewish Archives, Blankenstein Family Heritage Centre and the Executive Director of the Sarah and Chaim Neuberger Holocaust Education Centre. At the OJA, she has organized exhibitions around the GTA on various topics related to Ontario’s Jewish history; developed a new school partnership program; and grown access to the OJA collection in social media, print, and other online initiatives. Prior to joining the OJA, Solomon was the Curator at the Contemporary Jewish Museum (CJM) in San Francisco, where she was responsible for curating the museum’s inaugural exhibitions for their Daniel Libeskind-designed museum in the heart of San Francisco’s cultural district. Solomon has worked on various curatorial and education projects at the University of California, Berkeley Art Museum; the San Francisco Museum of Modern Art; the Whitney Museum of American Art; and the Art Gallery of Ontario. She holds a M.A. in Arts Administration from the School of the Art Institute of Chicago and a B.A. in Religion and Art History from University of Toronto. 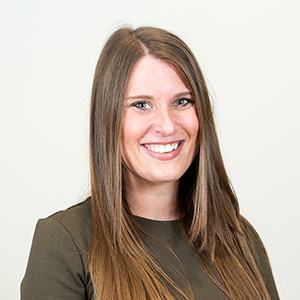 Michelle Fishman obtained her Bachelor’s degree in Sociology and Social Anthropology from Dalhousie University and her Masters of Arts in History, specializing in Holocaust and Genocide Studies from the University of Amsterdam. Currently, she is the Manager of Education, Outreach and Communications at the Sarah and Chaim Neuberger Holocaust Education Centre in Toronto where she works with Holocaust survivors on a daily basis and assists with programming that educates subsequent generations on Holocaust history, its lessons and legacy. 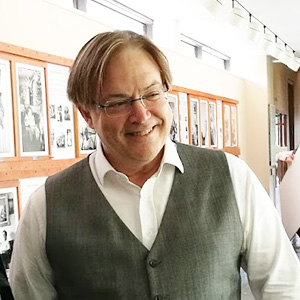 Carson Phillips, PhD, is the Managing Director of the Neuberger and the recipient of scholarly awards including the 2013 BMW Canada Award from the Canadian Centre for German and European Studies, York University. He completed his PhD in Humanities utilizing archival resources, memoirs and testimony exploring post-Holocaust conceptualizations of masculinity. Dr. Phillips is an editorial board member of PRISM— An Interdisciplinary Journal for Holocaust Educators, and an expert on Holocaust education and pedagogy. From 2009-2014, he was a delegate to the International Holocaust Remembrance Alliance and in 2016 completed a fellowship at the Vienna Wiesenthal Institute for Holocaust Studies. He is also adjunct faculty at Gratz College, USA, in the graduate program for Holocaust and Genocide Studies. See his blog Bildung for his latest posting on issues related to Holocaust education as well as his latest writings in the publication Interactions (2018, W. Dreier, A. Laumer and M.Weinand editors) and Remembering the Holocaust in Educational Settings (Routledge, 2018, A. Pearce editor). 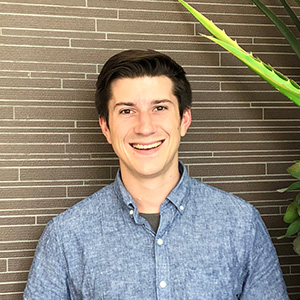 Daniel Panneton is the Programs & Education Assistant at the Neuberger Holocaust Education Centre. He has a Masters in History from Queen’s University and a Masters in Museum Studies from the University of Toronto. Prior to joining the Neuberger he was the Historian of the Multicultural History Society of Ontario and co-curator of The Ward: Representations and Realities, 1890-1950. He is also currently the Project Lead on the Toronto Ward Museum’s Not Just Numbers: Representation in the Canadian Census, and one of the 2018 Heritage Toronto Emerging Historians. His work focuses on popular memory and nationalism, and has been published in academic and popular outlets. 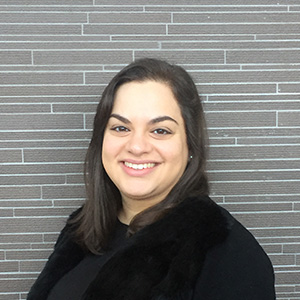 Rachel Libman is Manager, Public Programs, at the Neuberger Holocaust Education Centre, UJA Federation of Greater Toronto. Her role focuses on planning public programs, including the annual Holocaust Education Week, and includes web, curatorial and museum work. Keenly interested in museums, memorials and culture, Rachel has focused on programming for young professionals both in her career and as a volunteer. Rachel has a Masters in History and a Masters in Museum Studies from the University of Toronto and is on the Board of Governors at Shaarei Shomayim Congregation. 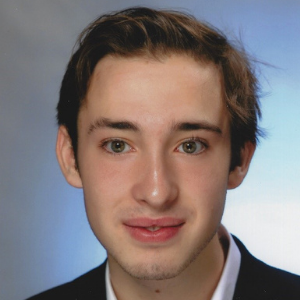 Elias Kasper is from Voralberg, Austria and has been an active member of Auslandsdienst Austria for several years in preparation for his Gedenkdienst in Canada. He is a graduate of HTL Dornbirn, a higher technical teaching and research school in Austria. He looks forward to assisting the Neuberger’s educational programming. For more information, please contact Elias. 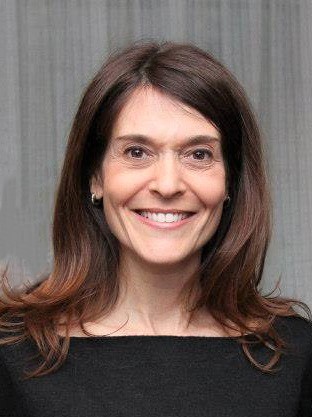 Barbara Tylbor is the Fundraising Manager for the Neuberger, where she focuses on raising funds for Holocaust Education Week, Yom Hashoah and the development of the renewed Neuberger Holocaust Education Centre. She holds a BA in Journalism from Concordia University, and an extensive professional communications background has provided her with the tools for Jewish communal work, building relationships while working to meet the needs of those in the community both here and abroad. With more than a decade of experience in the not-for-profit world, one of Barbara’s passions include looking after the most vulnerable amongst us and she has taken on roles ranging from acting as referral service for community members seeking social agency aid to coordinating a Kosher Meals on Wheels program. Barbara is proud to have served as Project Manager for the Neuberger’s cross-Canada Yom Hashoah program, bringing together several prominent Jewish community partners for this important commemoration.